Now that we have survived seven months and counting under the incompetent-thuggish presidency of Donald John Trump, we should talk about the thuggish goonery of MONGO, the outsider member of the Cabal and spiritual grandfather to Wiki-cops like Tyler van Wormer (Tiptoety). He had endless fights with Encyclopaedia Dramatica, to the point where ED has multiple pages on MONGO, because he has vandalized their site, possibly while at work, a thing he claimed he did while editing Wikipedia articles.

What Little We Know About Him

Pretty much he was Ron Swanson before that Parks and Recreation character existed; right-wing and a Federal government employee, he claimed to be working for the Department of Homeland Security in some unspecified role, and a US Park Service Ranger before that. According to ED, as a ranger he had worked at the Grand Teton, Yellowstone, Glacier, and Shenandoah national parks, had never traveled outside of the United States (though he had traveled extensively through America), and possibly lived somewhere in Nebraska or Illinois. Encyclopaedia Dramatica accused him of using the IP address 68.13.87.131 to vandalize their wiki during the Bush II years, and that geolocates to Omaha, Nebraska.

MONGO was/is a hater of Muslims (example from his blog), would fly into fits of rage if anybody on Wikipedia talked about September 11th conspiracies, liked to make threats on Wikipedia, had a massive block log in 2005-6. For his Islamophobia, Jayjg was a supporter, and he got help from Tony Sidaway during his long edit wars on September 11th-related articles, and he got support from fellow conservatives Tom_harrison and Robert Djurdjevic. 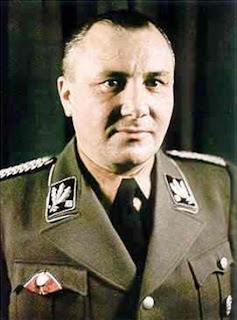 MONGO showed up in January of 2005 to edit the George W. Bush BLP and do work on certain national park articles but by the summer of that year it had become screamingly obvious that he didn't get along with a large number of editors....though that is hard to track because MONGO decided to play hardball and rev-delete or oversight his past edits at points, as with the talk page of Karwynn:

Additionally, see this [http://en.wikipedia.org/w/index.php?title=Wikipedia:Administrators%27_noticeboard/Incidents&diff=prev&oldid=64975291] Same story here. He did not block him for poor judgement in that comment. He blocked him for alleged '''deliberate trollery.''' This is entirely inappropriate, considering the lengths both Hardvice and I have gone to show that our actions are in good faith, even if we are wrong. Tony Sidaway is not allowing anyone to question MONGO's judgement, despite having very concrete reasons to do so, which most have made abundantly clear, even if they were ignored by Tony. Tony Sidaway is not fit to be blocking people for these reasons and ought to recuse himself and let someone else review these blocks. Maybe someone who is willing to follow [[WP:AGF]] should take a look at this. [[User:Karwynn|Karwynn]] [[User_Talk:Karwynn|(talk)]] 17:54, 21 July 2006 (UTC)

To which MONGO responded:

*You know what, I think I will now delete the history of those IP's just so you stay curious. I suppose I need to get an account at ED and tell them it is me so they can then do a checkuser and then you'll see that it is the one and only time I logged into there. ''But'', the problem is, I don't want those guys posting my true IP on the article that is over there about me. Don't you think I would have either gone into that website myself or had one of my "friends" take care of it if it was my IP...think.--[[User:MONGO|MONGO]] 18:00, 21 July 2006 (UTC)


His real use was as a hatchet-man for "the Cabal" (Mantanmoreland/Gary Weiss,  JzG/Guy Chapman, Tracy Walker, Fred Bauder, William McWhinney, Raymond Arritt, SlimVirgin/Sarah McEwan/Linda Mack, Philip Sandifer, etc.) and they backed him up in return. Bizarrely, MONGO got his first Request for adminship in November of 2005 - and he was allowed to be an administrator. If the reader looks at the comments of opposing voters, they will see a large number of strikethroughs and reversals - people were pressured to let MONGO emerge into Wikipedia leadership like Godzilla walking out of Tokyo Bay in 1954.

After a year of fighting people over the Collapse of World Trade Center article, he went through his first Request for comment "hearing" in June of 2006 which he was allowed to censor (!), then there was the first Request for arbitration in November of 2006, which was supposed to be about Seabhcan, but like the best Alice in Wonderland trials it sucked in MONGO and both were stripped of their admin powers, Seabhcan for piddling reasons and MONGO for his personality and actions. There was a second Rfc in April 2007 over 9/11 conspiracy editing, which he was fighting tooth and nail. Just to show what a pain-in-the-ass he is to the Wikipedia system, he had YET ANOTHER Rfc in November of 2007, this time over the BADSITES nonsense. He was never blocked, just reprimanded, eveen though he remains the King of the POV Pushers. He tried to do a Request for adminship in January 2008 and November 2012 and was turned down both times - Wikipedia post-Essjay was no longer so tolerant of known problem users getting back into administration.

Of course there was MONGO's brown-nosing, he said nice things about Guy Chapman in a 2008 RFC, Tony Sidaway in a 2005 RFC, about Bishonen in his second RFC in the summer of 2007, and Cyde's 2006 RFC. He even defended Arbcom twice!

The Outside World pays attention

Besides Encylopaedia Dramatica, MONGO was discussed on Wikipediocracy's messageboard before they let him join (!) about two years ago. The nearly-dead original Wikipedia Review once had an entire subforum dedicated to him, but they deleted it in 2009 "because he wasn't important." That said there are still threads like: example one, example two, example three, example four, example five.....the notes I got from Mr. Barbour have at least fifteen links about MONGO from WR alone. I am surprised that Mother Jones magazine didn't do an "Angry Right-wing Editors of Wikipedia" article ten years ago featuring MONGO like they did one of Richard Spencer last year. He deserves to be known outside of WikiWorld, just like how Manos: the 'Hands' of Fate (1966) should be shown to film students as an example of how to not make a movie.

You knew we had to put this in, it was inevitable.