Aftermaths and Proof the Internet Eats Itself (Plus: DeviantArt Trump Rage!)

No-one is really interested in the How to Get Thrown Out of a Wikipedia Conference piece; I sent it to a ton of San Diego area publications, tech sites, other limited-run publications - no dice. Wikipedia either bores or scares a lot of editors - some people found the footnote on child groomers hanging out on Commons disturbing and wanted me to call the FBI (!), as if the Fibbie cybercrime people don't already track Wikipedia and others for image trading and finding out which scuzzos are active. The Wikipedia people are trying to act like the video I shot of the conference isn't disturbing them, but I know it is, and I think the People in the Know on the Internet are embarrassed as hell that Wikipedia has come down to being that paranoid and controlling. I will probably have to rewrite it, make it longer by sticking in a load of background information, and then try to sell it to some publications I didn't hit the first time around.

We can't say much about the Amorrow mess except that people have been notified, specific things are being done by a number of people, and Andrew Morrow really needs to be institutionalized.


Proof the Internet Eats Itself


There is a "guy" who uses this very platform to run a series of blogs slamming....game/movie reviewers from the Doug Walker stable of That Guy With The Glasses/Channel Awesome "internet personalities"; i.e, Brad "The Cinema Snob" Jones, "Angry Joe" Vargas, Noah "Spoony" Antweiler, possibly others. We stumbled across the Brad Jones one looking up why Jake Norvell was no longer appearing in Jones' videos....and found this blog which reads like a Mexican soap-opera. Literally "Dirk Diggler" has taken the Encylopaedia Dramatica articles on these people, snooped through Facebook and 4chan, then reformulated it into these slam-blogs. Not that the people don't deserve the nasty mockery that ED gave them when Blip.tv was still a thing, but at the end of the day the Channel Awesome people are doing something reviewing all this pop-cultural crap; meanwhile "Mr." Hillock can only give us blogging's US magazine alongside translations of Japanese comic books.

Even though Trump "won" the Presidency some of the GOP artists are still frothing on DeviantArt....a good example is CaciqueCaribe, who gives us such gems as: 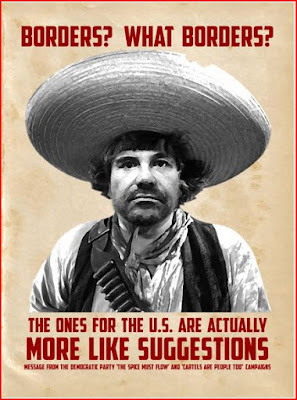 TheyCallMeDeanWormer is happy about Trump, but a few weeks ago he was giving us stuff like: 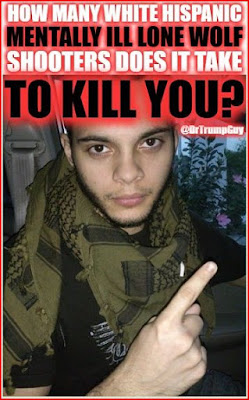 Also angry is LiberalLaxatives, the most incoherent of the bunch: 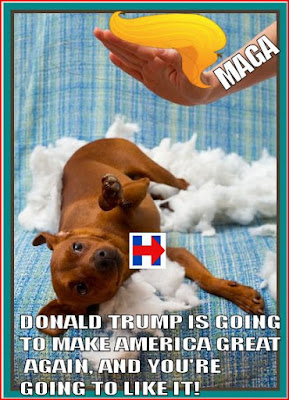 The image above was the most coherent one. Literally if you took one of those crazy emails your uncle was forwarded and then forwarded to you in the late 1990s, but updated all the references and then made it into "visual art", that would be these DA accounts. The trick is, these guys are out-numbered on DeviantArt by the anti-Trump artists 9000 to 1....and those guys have the talent as well.

This guy is one of those creepers that comes lurching out of the swamp to look through the windows at "th' purty goils", except A.W. Morrow does this through the Internet.....and now the creeper is back on Google's biggest profit black hole, YouTube.

Above is his first video, posted on New Year's Eve; he talks about Alison Cassidy and Rebecca Watson in vague terms in this creepy flat yet sing-song voice, like a movie pedophile enticing a child. Viewers should be warned that he takes off his shirt (the thumbnail photo is him in the middle of taking off his long-sleeve dress shirt) to show off some tattoos, says he is going to conduct "brinksmanship" to get a Wikipedia BLP by 2019. At the end of the video he addresses Alison Cassidy directly, wants a meeting, even one moderated by a lawyer. Complete delusions of grandeur.

Next video is thirty minutes long; rambles about Catholicism, Mormon missionaries he met at a McDonalds, going after Ayn Rand, advising Jimbo Wales to go to church, mentions Fred Bauder, mentions "Wiki-Luv", Aaron Swartz and his suicide, "going to church because they're nice guys" even though he has no real faith that the Bible is true, Alison Cassidy mentioned, Rebecca Watson mentioned, threatens to out where Watson lives. And all this is in the first five minutes! Claims he will hunt down Sydney "Redshirt" Poore....he's doing all of this because he wants to be unbanned on Wikipedia, thinks that if he can scare Cassidy and Poore into relenting from "search and destroy on AWM (meaning imagined endless sockhunts for Amorrow)" that he can go back. He gives out his social security number "because he has LifeLock and insurance". Rebecca Watson is called "honeybunny" and is told she isn't a child anymore. Claims he has tattoos of daughter's and ex-wife's names and titles on separate shoulders. Explains that he has these names permanently written on him as ID "in case I wash up on the shores of Japan or something." Daughter won't talk to him because he is "a weirdo." Claims both ex-wife and daughter are in medicine. Rants about a female chemical engineering teacher at "RPI" which might be Rensselaer Polytechnic Institute, a private science and engineering college in New York state where he got a Bachelors of Science in the early 1980s. We are now thirteen minutes in. Uses the RPI rant to tell Jimbo that Wikipedia needs to foster a "boy scout-girl scout" tradition of editing excellence. Talks about eating restraining orders. Reveals that he stalked a girl at the age of thirteen, blames his (self-diagnosed?) autism.....

And that's where I gave up, after nineteen minutes. Pretty much he is telling all the people that he had restraining orders or issues with that he hasn't jumped into the void of real life and forgetting all the online horseshit that he was involved in, that he's returned to be the creepy stalker weirdo that Encyclopaedia Dramatica wrote about years ago. And yes, both videos look like they were filmed in a creepy back closet inside Morrow's probably creepy-looking house.

Andrew William Morrow (Amorrow, LegalEagle2, Amorrow2 [on ED]) was banned from Wikipedia, from Wikipedia Review, from Facebook, from Encyclopaedia Dramatica (list not chronological). He has served short stints of jail time repeatedly since 2007 for assaulting his now ex-wife (whom he had battered when they were married in the 1990s - his first jail stretch was in the Clinton years), then a probation violation in 2008, six months in 2011 for stalking the chief of police in Mountain View, CA, and a 2013 stint for stalking and harassing the police again. Proving the ineptitude of Facebook security, we have been told that Amorrow still has an account on the website, because he is using it to keep creepo tabs on various female CEOs in Silicon Valley.

He will keep this crap up forever because he is an intelligent person, but not a wise one; his obsessions with women as objects are dangerous and his expanding-contracting delusions of grandeur might result in some sort of kamikaze run to make Rebecca Watson like him. He reminds me of a number of assassins; both John Warnock Hinckley Jr. (the failed killer of President Ronald Reagan) and Mark David Chapman (the man who gunned down John Lennon) stick out because both men were living in their own partial fantasy worlds; Hinckley was trapped inside the 1976 film Taxi Driver, allegedly wanted to impress Jodie Foster. Chapman had a series of fantasies both revolving around the novel Catcher in the Rye and Chapman's own God-fantasy of being the all-powerful king to a nation of tiny people. It would be best that A.W. Morrow lose his American citizenship, be granted a Swiss one, and never leave a Swiss mental hospital. He needs to be kept away from the Internet at all costs. Facebook and YouTube need to cut him off - now.

This is all part of some crazy plan that is growing on the Internet day-by-day, because Andrew Morrow is a narcissist bisexual who loathes his own bisexuality. He has released another ranty video talking about his immortality and the President of the US and Wikipedia. At least this time he turned the lights on to his creeper lair. He now has a creepier "bounty list" on a webpage I can't link to because it has personal details of "the target's" life; he will pay people to somehow get used tampons, snip hairs off Alison Cassidy's head, other super-creepo requests which prove that he is too far gone to be allowed to live in the same area as her. Rebecca Watson needs to be warned before Amorrow starts sending her sticks coated in raccoon blood and ranty "love" letters with ASCII drawings. People need to save those videos before Google yanks them; they are now documents in a future sanity hearing.

Bonus from Feburary 2017: Morrow yanked the two videos. Above is one he posted after we published this installment of the blog. He's now wearing a tie and a better shirt, but the creeper lair is the same.
Posted by Strelnikov at 5:33 PM 6 comments: